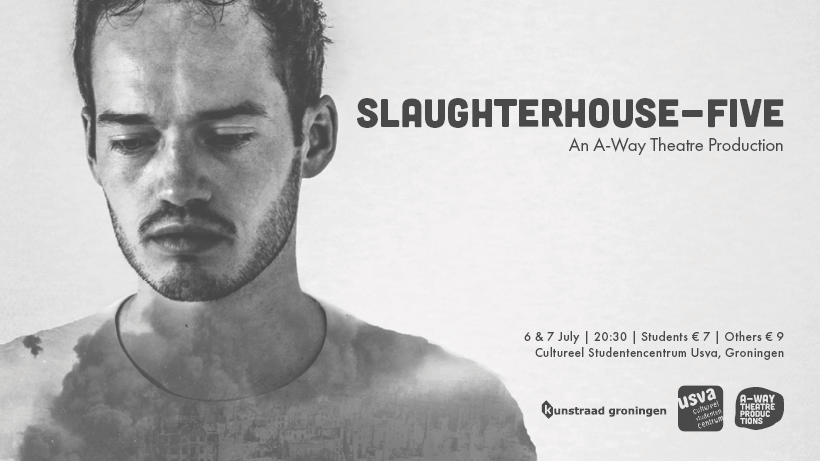 In Slaughterhouse-Five, we take you on a trip through Billy Pilgrim’s life. That is not as easy as it might sound since he has come ‘unstuck in time’. Billy, a former soldier and now a successful optometrist, has been suffering from PTSD since his return from the battlefields of the Second World War. He cannot control his thoughts and has irregular flashbacks to the horrors: the bombing of Dresden on February 13th 1945, his time in Slaughterhouse-Five. Luckily he has his friends from outer space to share their thoughts with him.  But will he be able to make sense of it all and put the war behind him? So it goes.

Slaughterhouse-Five is a stage adaptation by Eric Simonson, after the famous book by American author Kurt Vonnegut (1922-2007). It addresses the absurdity and perversity of war. Furthermore, it shows that wars are fought out by real people, with real thoughts and real emotions. That the memories of war linger on for years in the heads of the people involved. It is good to remember from time to time that freedom cannot be taken for granted.

We performed ‘Slaughterhouse-Five’ in Usva on the 6th and 7th of July 2017. 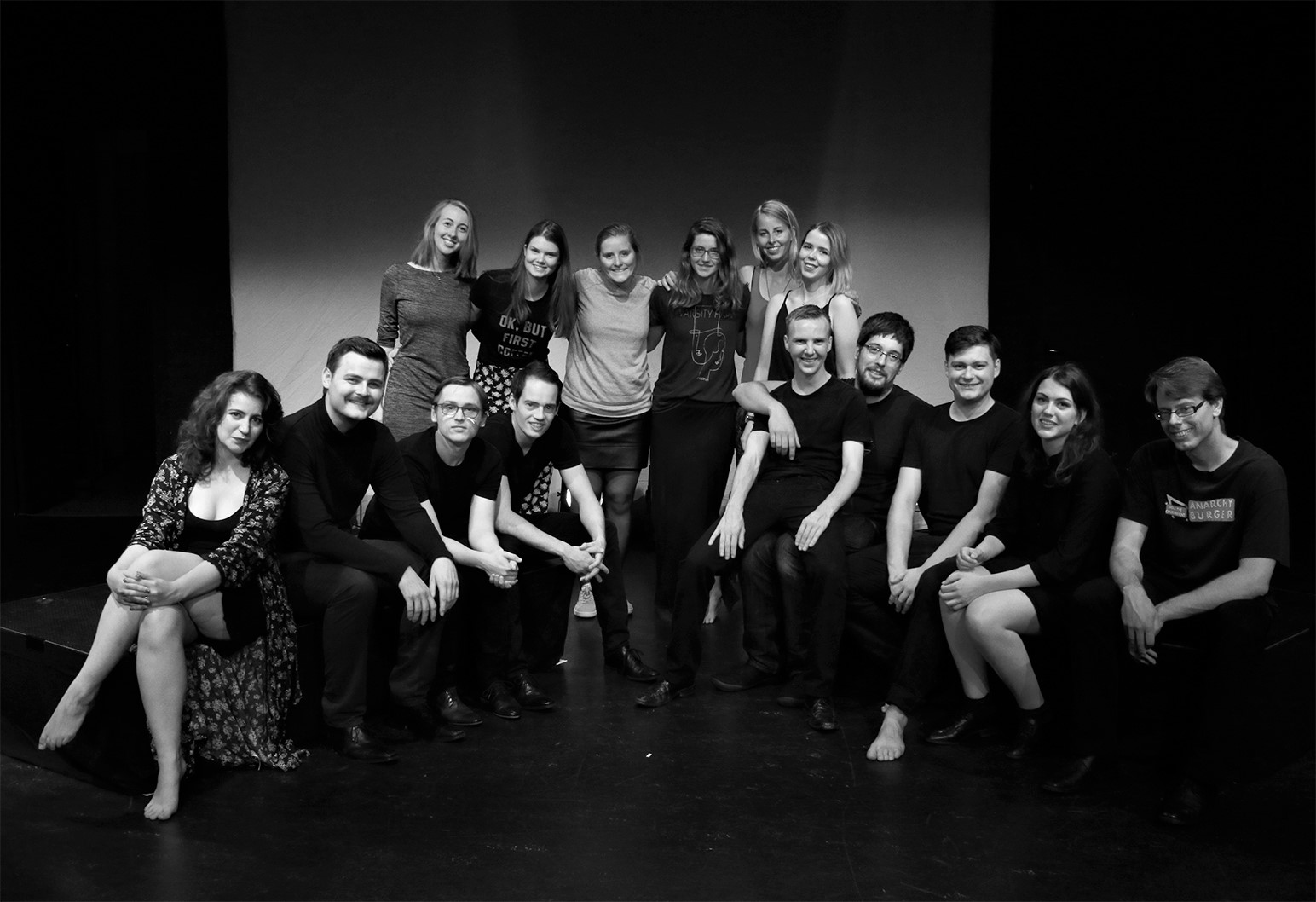